The CDC Must Do Better 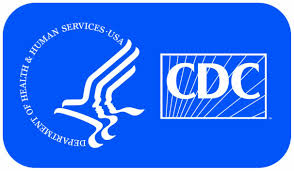 The USPTF got schooled in 2009 when they released their guidelines for breast cancer screening.  They did not prepare for the backlash nor did they have media personnel or training to deal with the public’s ire.  The task force learned a lesson, and guideline release and dissemination has changed as a result.  The USPTF has become less forthcoming with information related to pending reviews–mostly due to politics.

Last year, the CDC had its own imbroglio over Ebola:

The Centers for Disease Control and Prevention (CDC) has been widely criticized for projecting overconfidence in U.S. hospitals’ capacity to manage Ebola. When two nurses at Texas Health Presbyterian Hospital Dallas became infected after caring for Thomas Duncan, critics cited the CDC’s assurance that “U.S. hospitals can safely manage patients with Ebola disease.”2 When the CDC said the nurses probably became infected because of a protocol breach and it turned out there was no protocol, things got worse. We seemed to hit rock bottom when it was revealed that the CDC had given the second infected nurse permission to fly from Dallas to Cleveland.

The miscue of Thomas Frieden, the agency’s director, for the above event was well documented.  He likewise presented a mea culpa post hoc most folks seemed to accept.  I include myself in that lot. In NYC, we have high esteem for Frieden, as his time here prior to moving to the CDC marked a high point for our public health department.  We knew him as a man of integrity and an honest broker.

However, with the recent uptick in influenza cases, I am teetering on my judgment.  My lack of surety stems from the treatment recommendations stemming from the agency.

You may be aware the use of oseltamivir (Tamiflu) has its detractors.  Those who question the efficacy of the drug don’t peddle snake oil or live under a rock.  In fact, I am told some even hold an esteemed place in the literature appraisal trade.  I am speaking of course, of the Cochrane Collaboration.

But then there is this:

Frieden acknowledged that some doctors in the United States may not be prescribing Tamiflu because they believe the drugs do not work.

The effectiveness of such antivirals has been the subject of fierce debate, with some researchers from the Cochrane Collaboration, a non-profit group, claiming there is little evidence Tamiflu works.

Frieden, however, defended the drugs. He said CDC scientists have combed through studies on Tamiflu, including observational studies published after the treatments were approved, and found “compelling evidence” that when used early, the drugs help.

“What we see is quite consistent. Particularly when given in the first 48 hours, there is an impact in reducing how long people are sick and how sick they get,” Frieden said.*

I am one of those physicians to which Frieden refers.  I am dubious of claims made by Roche and the veracity of the data.  Of course, many providers feel otherwise.  However, his proclamation will only confuse practitioners—including me.

If he wishes to instill confidence in the healthcare workforce, he cannot disregard what many still consider uncertain.  I and others have legitimate concerns over the efficacy of the drug.  When two heavyweights, Cochrane and the CDC, have a discrepancy, don’t expect a public proclamation of, “don’t believe the other guy,” to make things right and sway the skeptics.

CDC, you need to do better.  When you send a mixed message, you make the next oversight harder to reverse and create a cynical audience.  Unlike a board game, in public health do overs don’t come cheap.

Bonus: For a recent and succinct review of the subject, see here.  Also, Frieden on the PBS’s NewsHour defending the CDC’s position.  And another describing a new Lancet paper (2015) contradicting the Cochrane findings.