The Tale of The Black Knight: ABIM a Year in Review

I passed! Let me tell you I was nervous. Perhaps it isn’t the smartest thing in the world to announce publically on your blog  that you are up for recertification and preparing to sit for the secure examination. It was only after I did this that it occurred to me that it could be rather embarrassing if I didn’t pass. And then of course I outed my fellow blogger, Brad Flansbaum, as also sitting for the Focused Practice in Hospital Medicine exam. Luckily, we both passed, as did 85% of test-takers, so neither he nor I have to endure the pity of the readers.

As I reflect on the tumultuous year past, not just in my own life, scrambling to fulfill the requirements of MOC and hours upon hours studying, but also in the very public spectacle of the ABIM and Rich Baron, the public face of the organization, taking blow after blow from the medical community and others and even then only reluctantly and superficially responding.

The whole thing has played out like the encounter with the implacable Black Knight in Monty Python and the Holy Grail. 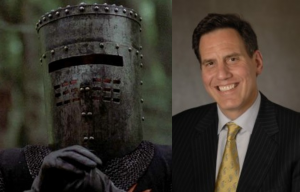 It’s been a year since all internists received the infamous letter in their inbox from Rich Baron, the CEO of the ABIM, “We Got It Wrong, We Are Sorry” It was the first sign that the ABIM had begun to take notice of the rising unrest.

A year earlier in January 2014, ABIM had doubled the requirement for points needed from 100 points every 10 years to 100 every 5 years. They had also quadrupled the complexity, requiring categories within categories of different types of points, like the Practice Assessment modules some of which had to be “patient voice” and some “patient safety”. The ten year secured exam remained as esoteric as ever.

Like King Arthur in the forest, the community of physicians began to push back. In 2014, Paul Tierstein, Chief of Cardiology at Scripps, struck first by starting an online petition that saw internists by the tens of thousands signing up to protest the increasing burden on physicians. Dr Wes Fisher, another Cardiologist and prominent blogger at http://drwes.blogspot.com , began producing some scathing reports of financial misdoings and conflicts of interest within the leadership of the ABIM.

In March of 2015, journalist Kurt Eichenwald published in Newsweek magazine, “The Ugly Civil War in American Medicine” publically calling out the ABIM for prioritizing the accumulation of money over its mission to certify doctors. The next day, The Chairman of the Board for ABIM, David Johnson issued a public statement disputing not just Eichenwald’s facts, but also his integrity, by claiming that Eichenwald was dishonest in not revealing his wife was an internist.

In April, Eichenwald sharpened his knives and came out in Newsweek again with another piece, “A Certified Medical Controversy” focusing in on the alleged financial misdoings of the ABIM. 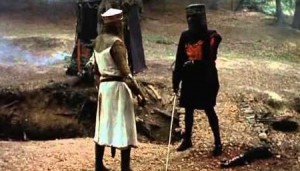 “Tis But a scratch.”

Meanwhile, back at Scripps, Tierstein had stayed busy, parlaying his success at petition creation into the formation of a new certifying body, the National Board of Physicians and Surgeons (www.NBPAS.org). This new organization is an alternate certifying body that requires passing of the initial ABMS certification followed by a periodic reporting of qualified CME hours, all at a much greatly reduced cost. The NBPAS began getting publicity and new members (>3,000 doctors and 24 hospitals formally recognizing alternatives to ABMS).

In May, Eichenwald strikes for the third time in Newsweek with “Medical Mystery: Making Sense of the ABIM’s Financial Report”. 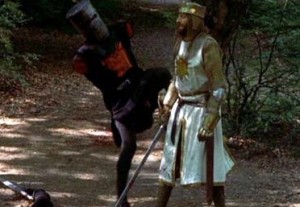 In July, the Annals of Internal Medicine hosted a new paper analyzing the costs of the ABIM’s MOC program, A Cost Analysis of the American Board of Internal Medicine’s Maintenance-of-Certification Program.  It estimates an average of $23,000 in costs to each internist enrolled in the 10 year MOC program. I blogged about this and showed why I think the costs may be closer to $53,000.

In September, we heard of big changes happening in other fields. The Anesthesia Board for example announced that it was doing away completely with the ten year secure exam in favor of a new plan being drawn up to have anesthesiologists answer fewer questions more frequently, possibly in their e-mail. 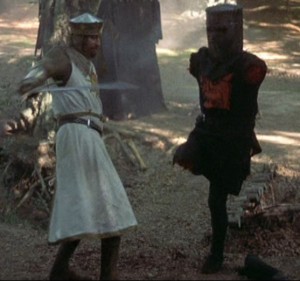 A few weeks later, as if in response, the ABIM released a report called, “A Vision for Certification in Internal Medicine in 2020”.  The ABIM had quietly put together a task force that predated the big changes to MOC and all the fuss back in 2014. This taskforce was charged with looking at the future of MOC. It still is amazing that they clearly knew that thoughtful change would need to occur, yet rather than wait until their taskforce had completed its work, decided to push forward with the changes. It should be noted that most of the work of the taskforce was occurring during the year and a half of unrest caused by the changes in January 2014 and were most certainly influenced by these changes. I suspect that if the taskforce had done its work in the absence of controversy, it may have produced a very different report.

ABIM 2020, while a lengthy document, had three main conclusions.

Finally, On December 16, The ABIM announced it was extending its previous suspension of the requirement for Practice Assessment, Patient Voice & Patient Safety until Dec 31st, 2018. In other words the complexity would be reduced, but the basic skeletal structure and work effort required to maintain MOC would continue.

So here we are in early 2016, two years since the unilateral move to advance MOC requirements and the Black Knight that is Rich Baron and the ABIM is still guarding the realm. After multiple blows from all sides, the ABIM has continued to talk (“co-create”? “dialogue”? in their vernacular) and deny any attempts to give ground on their basic structure that was put forward in early 2014.

In the film, what did the Black Knight say? 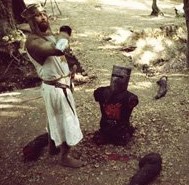 “Alright we’ll call it a draw.”

In this case I don’t think that will cut it.

Perhaps releasing ABIM 2020 will lead to real reform down the road. Perhaps the move to delay any changes until 2018 is truly a way to gain time to study the issue and make important changes, but maybe it is also just a strategy to wear down the opposition.

After all, two years into this, with multiple specialty societies, thousands of physicians, and one pissed off journalist rising up to denounce the changes and the lack of research showing benefit to the system and to patients, the same basic structure of the process is still in place. It is still 100 points every five years and a secure exam every ten years and it is still over $2,000 in direct costs and somewhere between $23,000-$60,000 in indirect costs. None of that has changed.

We must continue to strive to place hospitalsts in important leadership positions within the ABIM. Our own The Hospital Leader blogger, Vinny Arora, was recently appointed to the main ABIM board. And we must continue to work from the outside and apply pressure until we see substantive change, change that will not just eliminate wasted effort and costs on the physicians, but ultimately truly help us be better doctors and give our best to our patients.