#JHMChat: Operating at the Intersection of Gore-Tex® and Twitter

Have you ever wondered if there’s a correlation between Gore-Tex® (Think: rain jacket material) and Social Media? No!? Well, I have…

It turns out there may be more commonality between these topics than what one might imagine. You see, Bill Gore (the company’s founder and CEO) recognized a particular number in his manufacturing plants: 150. He found that if more than 150 employees were working together in one building, different social issues would arise. The company then built buildings with a limit of 150 employees and 150 parking spaces. When the parking spaces were filled, the company would build another 150-employee building, and so-on, and so-forth… (This story was recently made famous in Malcolm Gladwell’s book, The Tipping Point)

What Bill Gore had hit upon was a concept described by anthropologist and evolutionary psychologist Robin Dunbar that stated that people can only have meaningful relationships with approximately 150 people (though, my inner statistician wants to tell you that the 95% CI was 100-230). (See figure to right.) 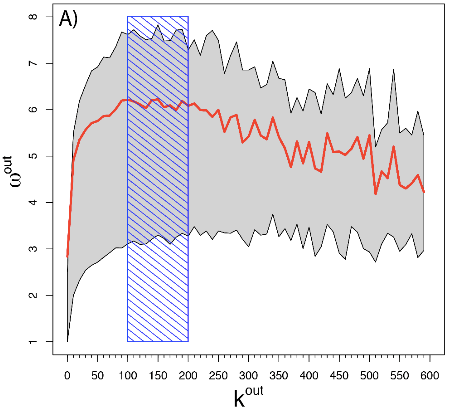 To date, this number is colloquially known as “Dunbar’s Number” and has been explained and used in a number of social science experiments and observations.

But what does Gore-Tex® and “Dunbar’s Number” have to do with social media? It got me thinking about whether or not this number still applies in this day and age, when our social media feeds are filled with countless people that we are “friends” or acquaintances with. Simply put, does social media allow someone to truly increase their social network – or are we restricted to Dunbar’s (average) limit of 150? Some have tried to answer this question – with findings that support, refute, and expand upon Dunbar’s hypothesis.

As an avid user of Twitter with a goal of expanding my social network and engagement with fellow physicians and academics– I’ve often wondered if I’m restricted to Dunbar’s limit — or has my academic social sphere grown beyond this?

And while a preponderance of data appears to suggest that indeed I probably am restricted in my meaningful social media relationships, I’ve grown to appreciate the opportunities to engage with others and believe that my knowledge and sphere-of-influence has certainly increased since becoming active on Twitter. With this in mind, we’re going to tackle one mode of increasing your “Dunbar Number” on social media.

For this month’s #JHMChat we’re teaming up again with the great #NehpJC crew to host a discussion on TwitterChats, entitled “Meta-Chat:  The Growth and Use of Twitter Chats in the Medical Community.” We’ll be highlighting a recent paper we wrote regarding our experiences running a regular Twitter Chat. Additionally, we’ll be talking with the Dr. Joel Topf (@kidney_boy) and his colleagues about what they’ve done to make their #NephJC such a popular and well-regarded online TwitterChat.

Join us on Monday, September 24, at 9 p.m. ET, by searching for #JHMChat on Twitter and joining in on the discussion. Whether Dunbar is right or not, I can promise these discussion are great ways to expand your network and connect with people you never would have thought possible.

Not familiar with #JHMChat? Since October 2015, JHM has reviewed and discussed more than two-dozen articles with many focusing on improving the value and quality of care we provide to hospitalized patients. Medical students, residents and practicing hospitalists are encouraged to join, as we discuss a broad array of topics that affect the care of the hospitalized patient. It’s a great opportunity to meet others, learn and even earn free CME.

To participate, just type “#JHMChat” in the search box on the top right corner of your Twitter face page, click on the “Latest” tab at the top left of the page and join the conversation.

About the Author: Charlie Wray

Charlie M. Wray DO, MS is an Assistant Professor of Medicine at the University of California, Francisco (UCSF) and the San Francisco VA Medical Center. He completed medical school at Western University – College of Osteopathic Medicine, Internal Medicine residency at Loma Linda University, and a Hospital Medicine Research Fellowship at The University of Chicago. Dr. Wray’s research interests have focused on inpatient care transitions and care fragmentation in the hospital setting, overutilization of hospital resources, and the use of telemedicine to improve care for socially-vulnerable patients. Additionally, Dr. Wray is an Associate Editor and Digital Media Editor for the Journal of Hospital Medicine (JHM) – where he helped establish the use of Visual Abstracts and the Twitter-based journal club; JHMChat. Dr. Wray is also the Director of the newly developed JHM Editorial Fellowship. When not fulfilling these duties, Dr. Wray can often be found tweeting at @WrayCharles or trying to keep up with his two young boys.